While it’s not necessarily that memorable from a game design perspective, as a Batman fan, this has to be one of the strangest Batman games ever made. I mean, just look! That is clearly Batman with a pistol! 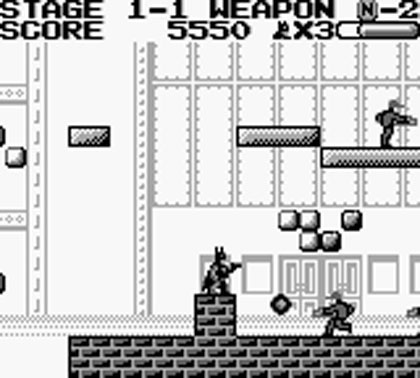 Anyway, here’s my transcript for this episode!

Hello and welcome. My name is Katosepe and I’ll be your host for today’s video game of the day.

Made by Sunsoft, players play as Batman wielding a gun. This was a strange decision as Batman famously does not use guns or kill people. Levels are linear with the player jumping and shooting their way through various environments such as the Axis Chemical Factory and a Gotham Cathedral. Batman can use a variety of guns similar to what one may find in Contra. A wave gun and machine gun are common power-ups available but Batman can also find baterangs that act as shields. One stand-out level has players take control of the Batwing.

While I had trouble finding reviews of the game from the time period, modern retro reviews have been mostly positive. While most seem to acknowledge that it is a poor representation of both Batman and the film it’s based on, the game is quick and responsive, proving itself as one of the better action-platformers on the handheld. Batman: The Video Game is short, however, with an average playthrough taking only about half an hour across it’s 10 levels.

If you like what we’re doing at Video Game of the Day, please consider leaving a review for us on Amazon. It’s the best way to help us grow and it lets us know what we’re doing well and what we can improve. Also be sure to check us out on videogameoftheday.com.